Stop Your Snoring and Sleep Apnea

Over 50% cheaper than most dental offices 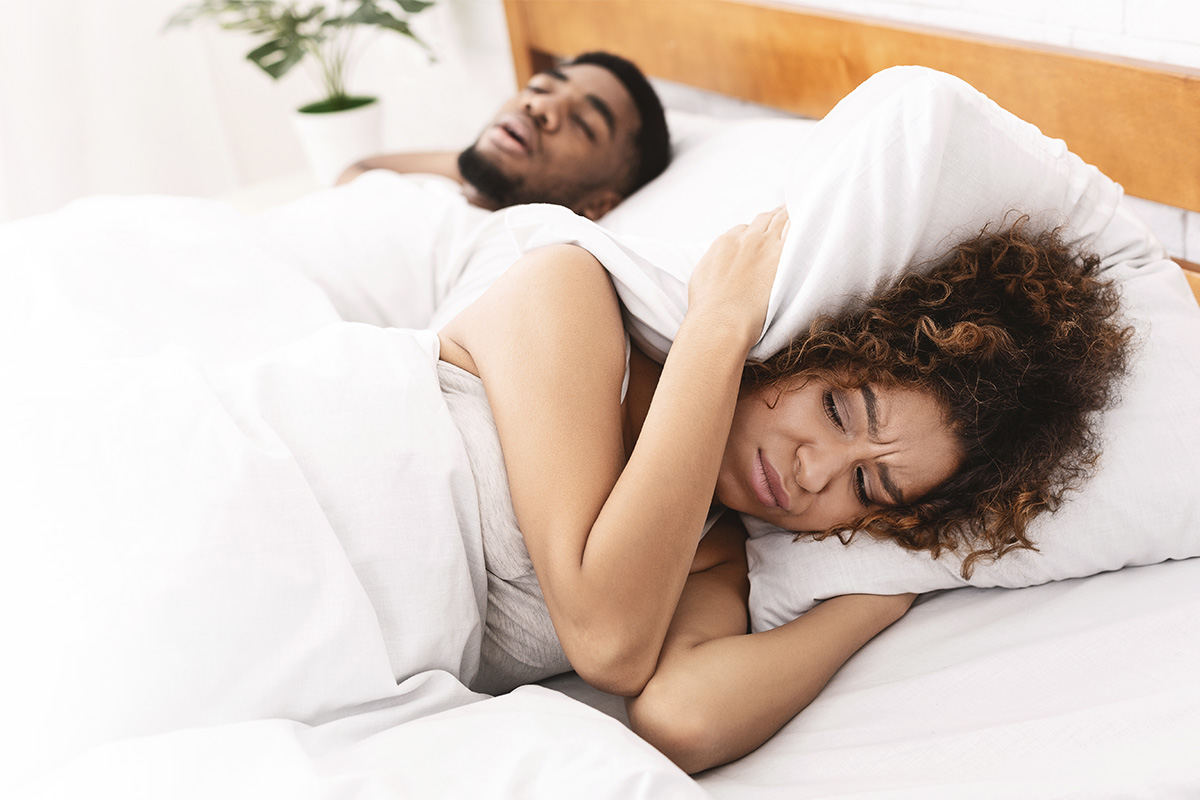 Restless sleep with wakefulness during the night

Increased need to get up from bed to urinate
Snoring is a primary sign you have sleep apnea, a serious medical condition. You’re not breathing optimally while you sleep, depriving your body (and brain) of much-needed oxygen.
Sleep apnea is very common, with at least 25 million adults affected in the U.S. Yet most people don’t realize they are at risk. This condition often goes undiagnosed because many people are unaware of their symptoms. Statistics show that 25 percent of adults between the ages of 30 and 70 years have sleep apnea.
People with severe sleep apnea have a three times higher risk of dying due to any cause compared with people who do not have sleep apnea, according to a study published in the journal Sleep.
An estimated 42% of deaths in people with sleep apnea are caused by heart deases or stroke, and the risk of death increases even more when sleep apnea is left untreated. Seeking a proper diagnoses and effective treatment for sleep apnea today may greatly reduce your risk of death.

A sleep apnea test – conducted in your own home, your own bed – can tell doctors if your symptoms indicate sleep apnea, and if you could benefit from sleep apnea treatment. 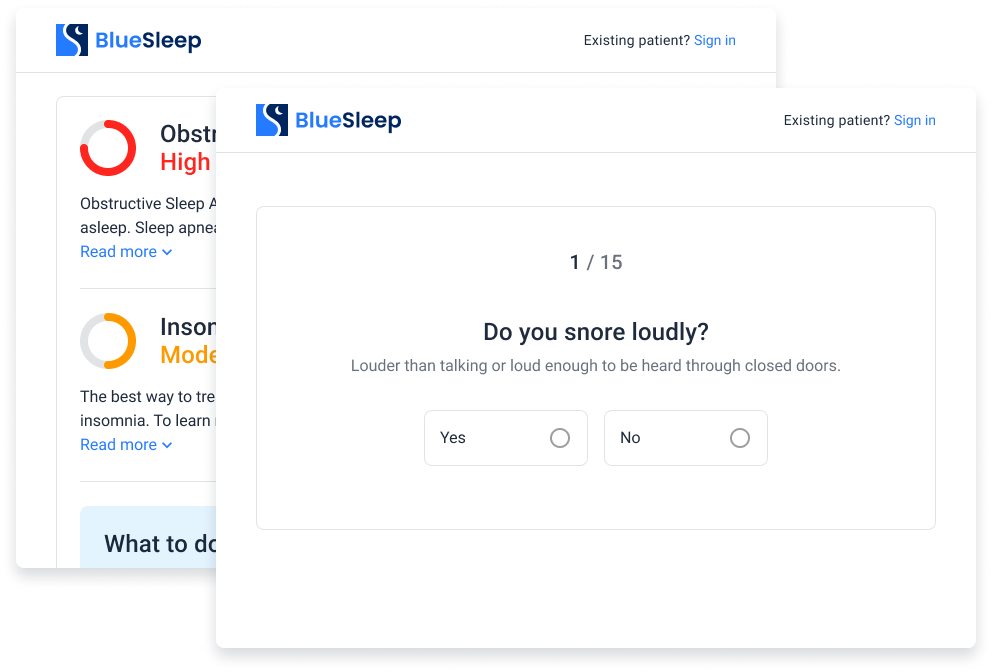 What's your risk of having Sleep Apnea or Insomnia? Take our quick, free Sleep Screener to discover your sleep problem.

We’ve designed a fast and affordable process to bring you the best sleep care.

Book a 20 min video visit with a BlueSleep board-certified Sleep Specialist to review your problem and get you started.

We'll ship you a 3-night, disposable home sleep test that simply wraps around your finger and is covered by insurance.

Review the results of your test with our Specialist and choose the optimal treatment, covered by medical insurance. 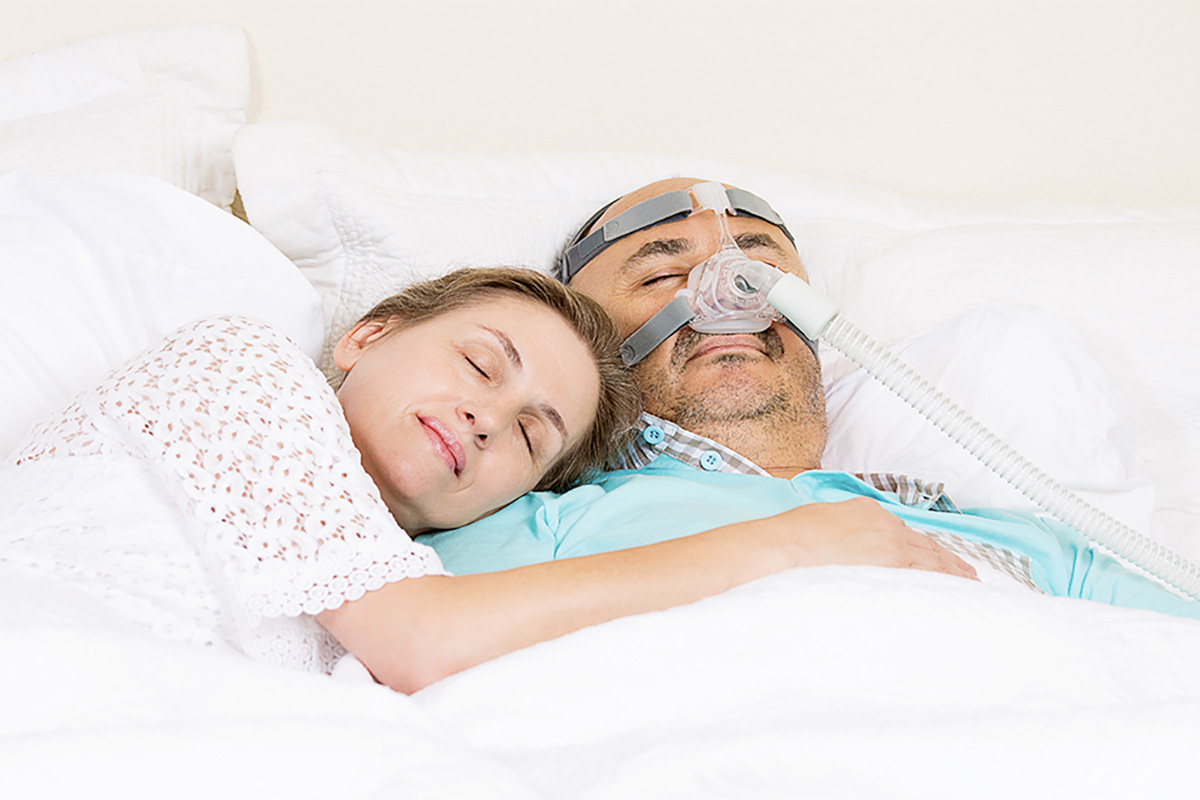 CPAP is not the prettiest option, but it works if used correctly. CPAP stands for Continuous Positive Airway Pressure, a specific type of breathing therapy consisting of a small machine that delivers a stream of compressed air via a plastic tube to a nasal pillow, nose mask or full-face mask. The forced air keeps the airway open so that “normal breathing” becomes possible, reducing and/or preventing sleep apnea.

Most people call it a mouthguard, but it’s a whole lot different than those worn by athletes to protect their teeth, or the ones used for bruxism (teeth grinding). BlueSleep provides different types of custom-fabricated Mandibular Advancement Devices that keep your lower jaw slightly forward, and your airway open, while you sleep. This prevents most snoring and sleep apnea, allowing you (and your bed partner) to have a good night’s rest, avoid health problems and have more stamina when you’re awake. 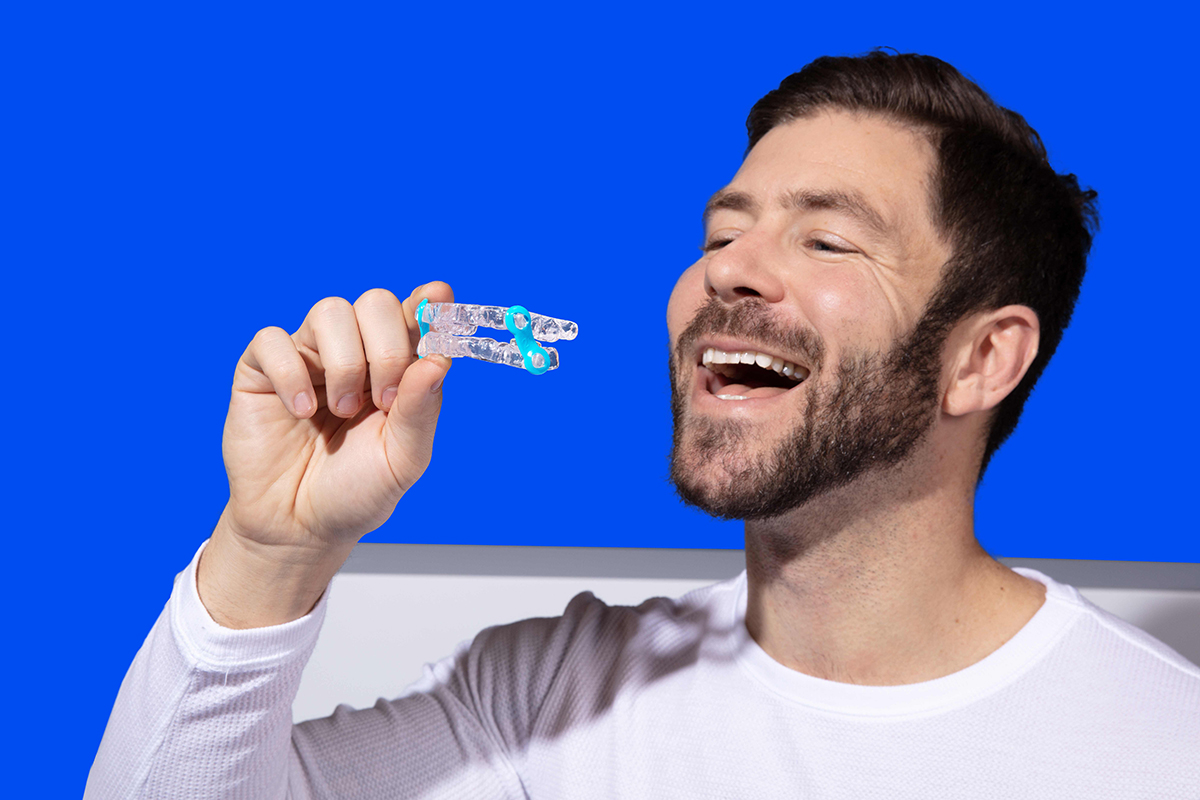 Got Insurance? We’ve got you covered!

Insurance coverage for sleep problems varies by insurer. We’re in network with most national health plans (Aetna, Blue Cross, Cigna, UnitedHealthcare and others). Before scheduling, check your insurance company’s benefits and out-of-pocket costs. If you have questions, contact us at billing@bluesleep.com. 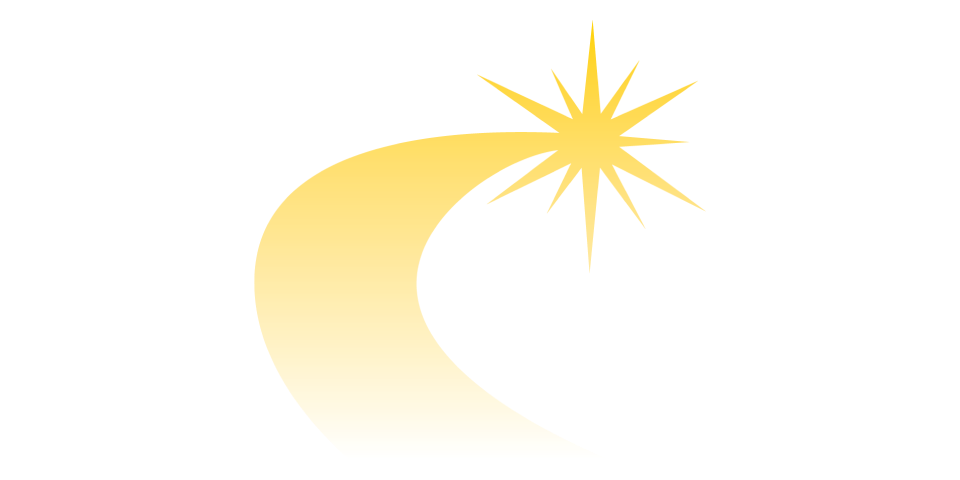 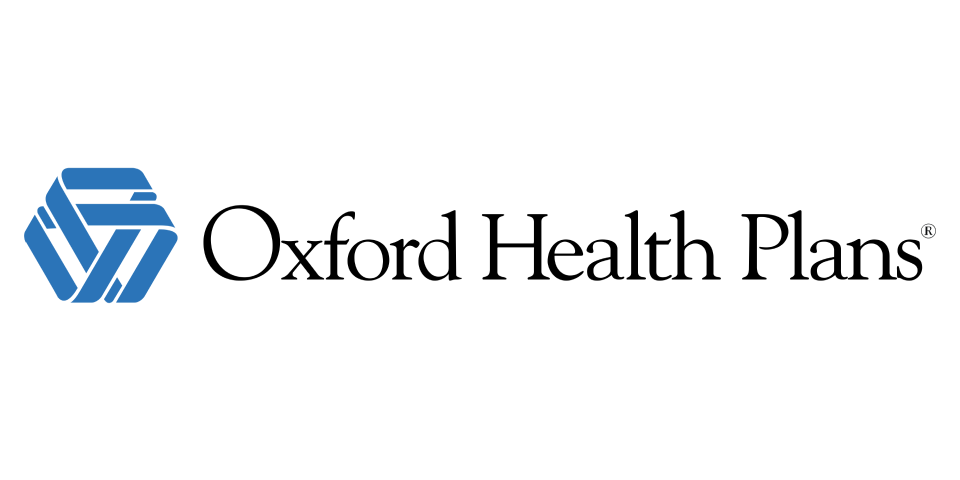 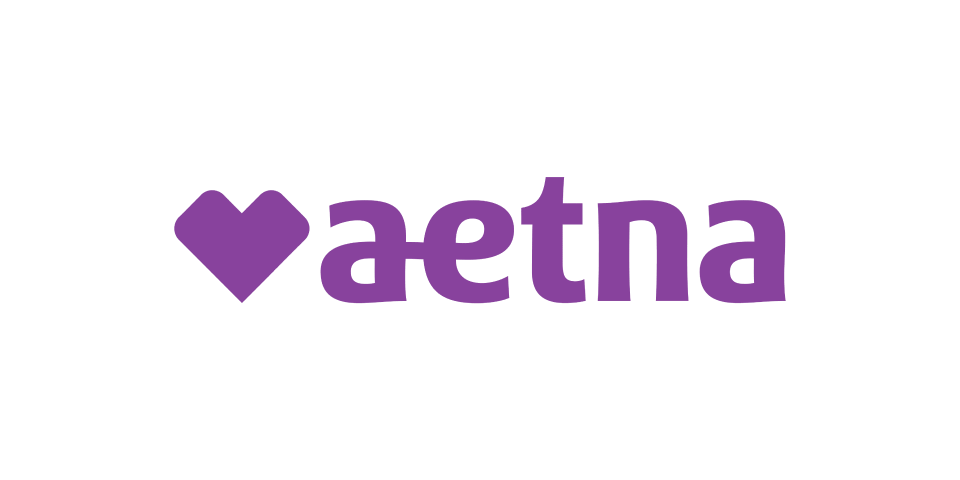 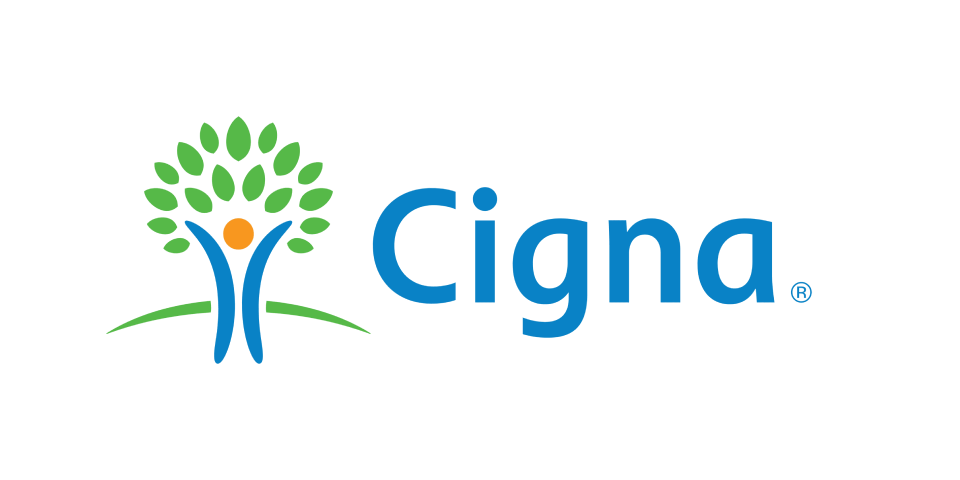 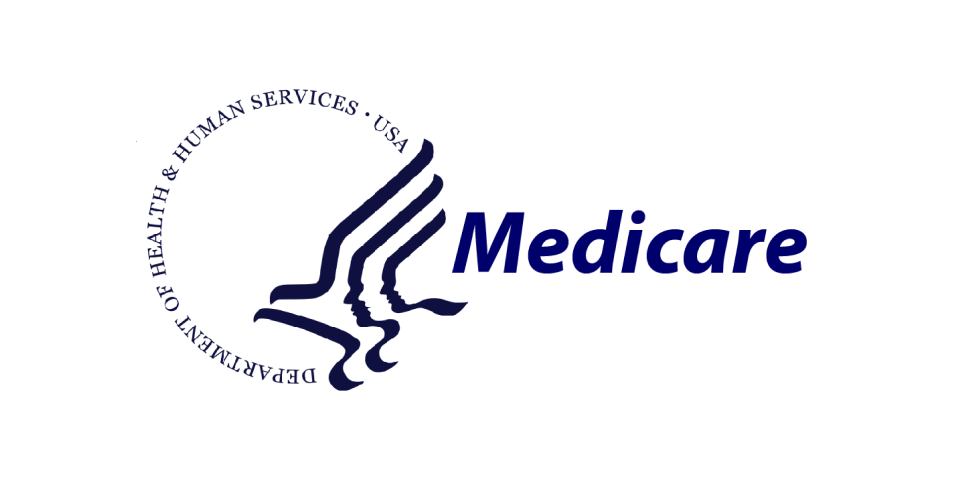 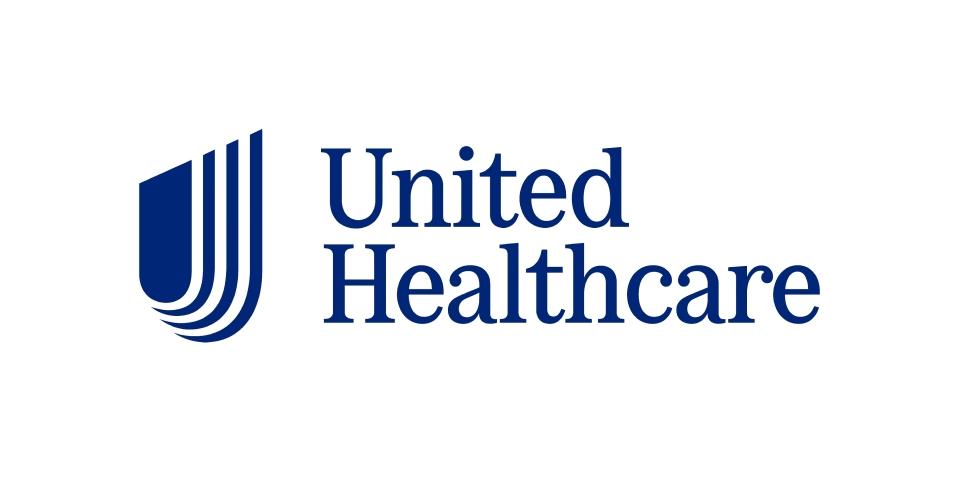 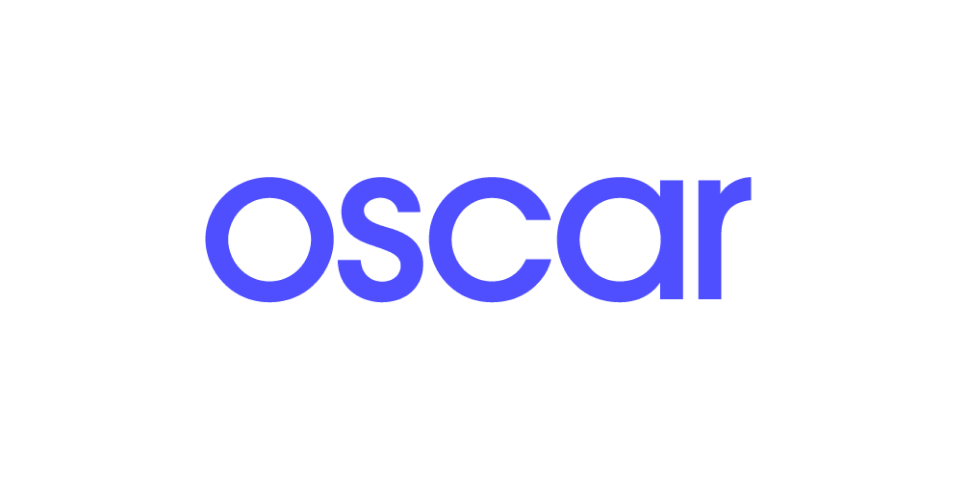 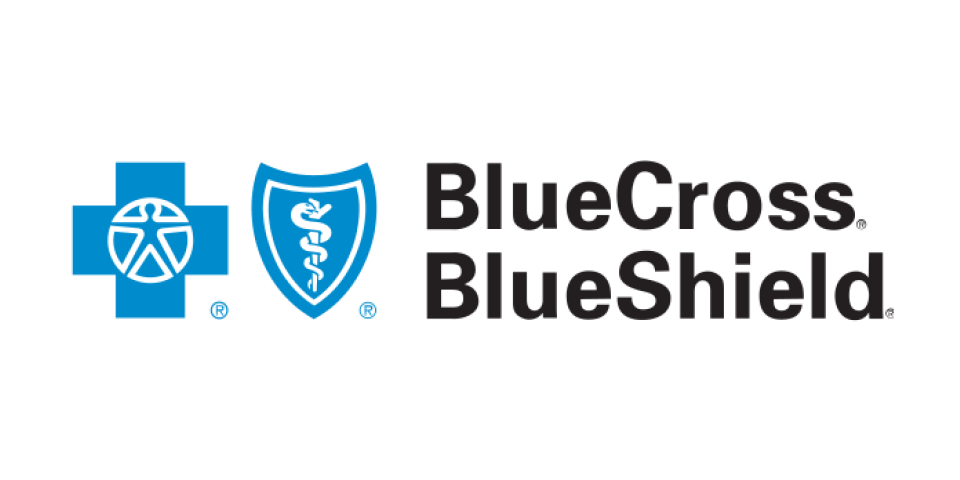 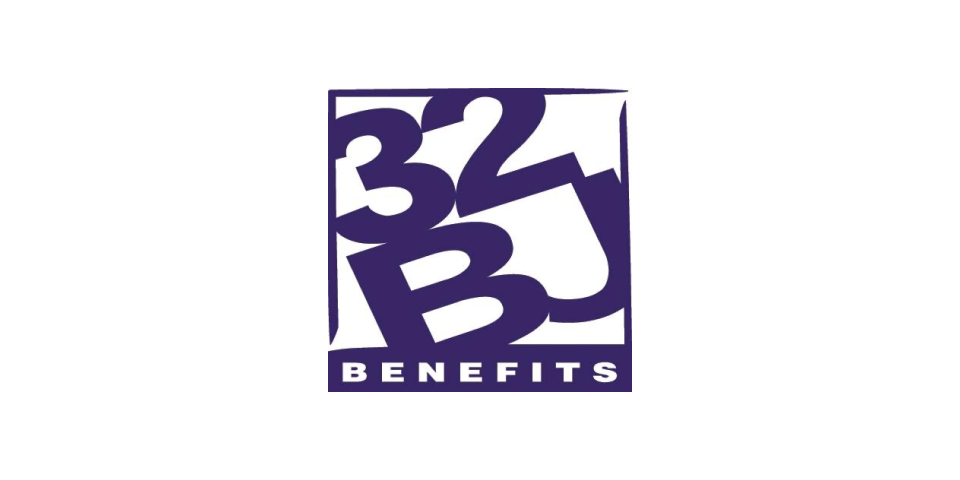 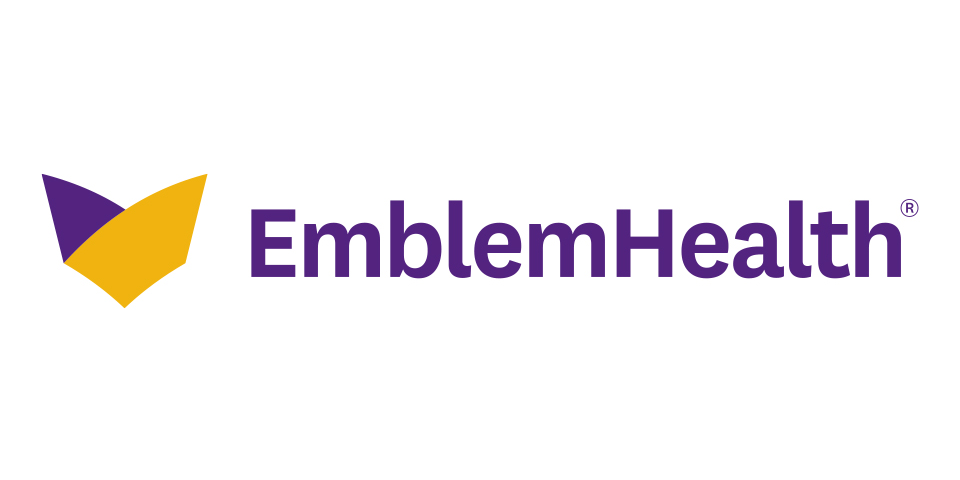 What our patients say

One of our patients from Tech Insider created a 5-min video with over 2 million views to share his experience about sleep apnea. His snoring affected his relationship (every night on the couch) and his overall quality of life. This video explains the connection between snoring and sleep apnea, the serious risk (including heart disease and car accidents) and why it’s critical to get treatment. Today, he is sleeping better – and so is the person sleeping next to him.

The care providers at BlueSleep have been very professional, responsive and helpful throughout all my experiences with them. They actually care, and they go the extra mile to be helpful and find answers. Their system has also been easy to use and understand. I highly recommend Dr. Stern and his group of sleep disorder experts to anyone seeking better, more restful sleep!

I needed to replace a sleep appliance that I've been using for the past 13 years, and I'm very particular about the appliance (I've also tried some bad ones). The folks at BlueSleep were both knowledgeable and informative. The P.A. with whom I did my intake interview was also informative, professional, and communicated extremely well. I feel I'm in very good hands.

I was diagnosed with moderate to severe sleep apnea and BlueSleep has been helping me get it all sorted out so I can sleep better. It has been a journey (that’s not over yet) but I’m so glad to have a provider by my side to help me out. They are professional and so knowledgeable about what kind of care I need. Next steps are to get fitted for the actual medical device but I’m really excited to finally have this life-long issue taken care of!

I’ve been suffering with sleep apnea for a while now and was relieved to find BlueSleep! I was able to replace my CPAP machine with an oral appliance and the process could not have been easier!I couldn’t be more satisfied with my experience! The prices are affordable. The service is convenient. And the treatment process WORKS!

The advances in at home sleep tests, diagnosis and at home dental imprints makes taking care of sleep apnea almost a no-brainer. Easy, mostly affordable, efficient and totally no evasive brings this serious medical problem to the 21st century and can truly make a huge difference to a huge slice of the population who didn’t want to go through the hassle of care. Bluesleep strikes through all the misconceptions and offers a true solution. I highly recommend it.

Our doctors are ready to help you sleep better

Diagnosis and treatment of snoring and sleep apnea. 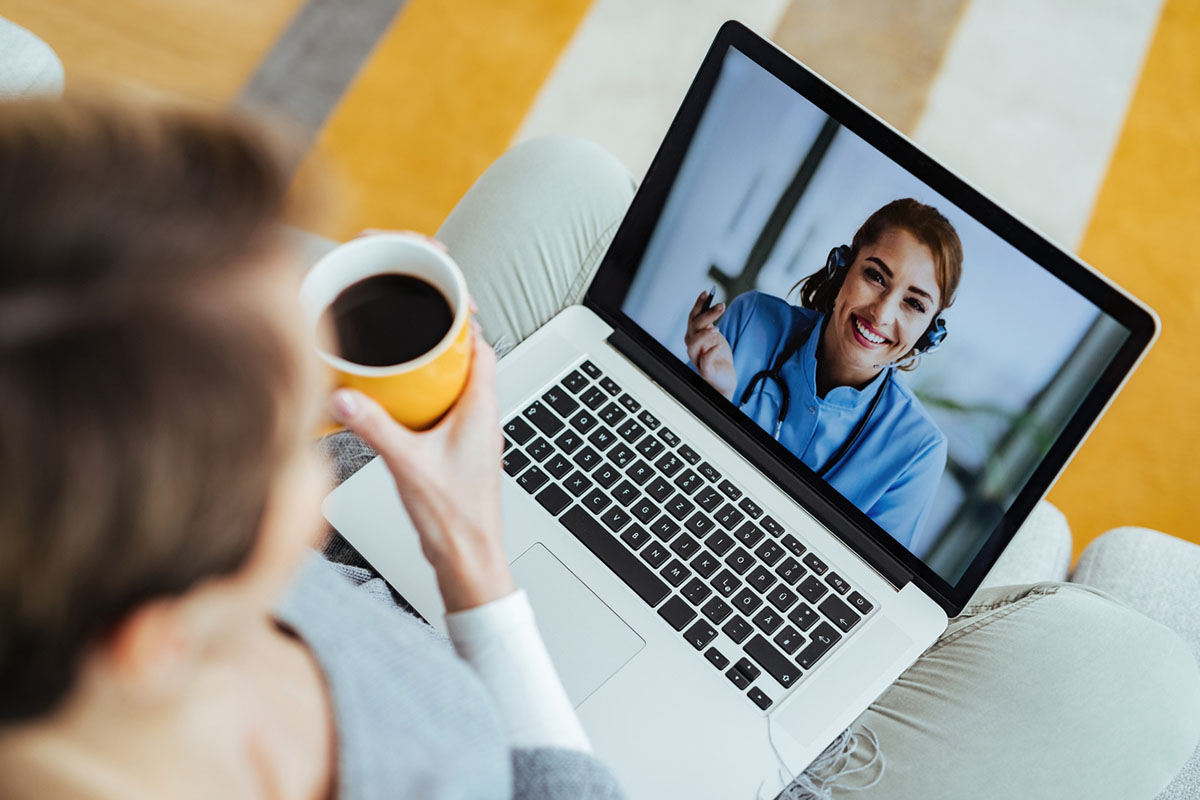 What does the video appointment achieve?

The first video appointment reviews the Patient Complaint; the Patient Questionnaire. Based on these two inputs, the provider recommends a HST or refers the patient to an ansomnia or other specialist.

We offer oral appliance therapy for patients with mild and moderate sleep apnea, and for patients with severe sleep apnea if their AHI is under 50 or don’t want to use CPAP. We test the effectiveness of treatment with home sleep testing over several nights if necessary. We’ve found that most patients prefer a treatment other than CPAP. Based on our research and results of our clinical trials, custom-made oral appliances for sleep apnea are as effective as CPAP, but patients are more likely to continue with the treatment long term. All of our treatments are FDA approved and follow current treatment guidelines.

Do I need a Home Sleep Test before getting a CPAP?

What are the side effects of snoring and sleep apnea?